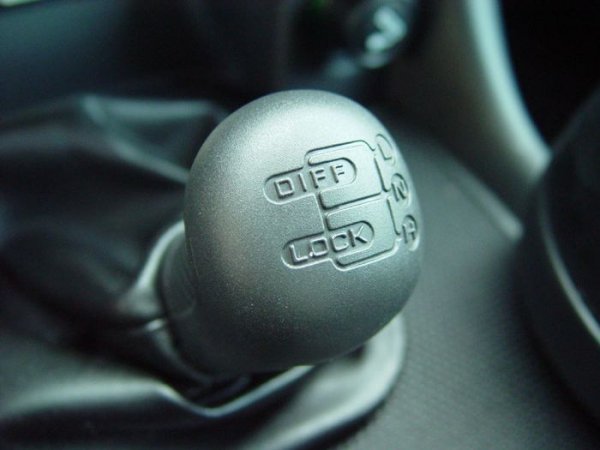 ​
The sheer amount of acronyms that litter the car world can be a little overwhelming, but some of them are so embedded into car culture that they need no explanation. Two such acronyms are 4WD (four-wheel drive) and AWD (all-wheel drive). However, despite seemingly meaning the same thing, they are in actual fact separate entities that have quite a large impact on the car they’re implemented on.

An all-wheel drive vehicle powers all four wheels at all times. To manage the drive of every wheel, a limited-slip differential or an electronic clutch is needed to allow for differences in the rotational speeds of the front and rear axles to maximise grip and driveability.

In contrast, on a normal two-wheel drive car with an open differential, the power transmitted to the wheels will always look for the path of least resistance, which is normally the tyre that is spinning up and not propelling the vehicle forward at all.

As you drive along a loose or slippery surface in an all-wheel drive car, power is distributed through a combination of differentials and clutches. So the best all-wheel drive systems send the power to the each wheel using a front-to-rear torque split, cutting the power from the wheel with the least traction. This therefore creates the potential for remarkable progress over tough terrain.

​
Manufacturers that produce cars that are specifically designed for regular off-road use will generally fit their cars with all-wheel drive systems. This means that - as a whole - they are amongst the safest and most capable vehicles on the market, with no need for driver intervention to force drive to every wheel.

Four-wheel drive on the other hand is a term given to a temporary setting on a vehicle that can be switched on and off at the driver’s discretion. These systems are generally used on large SUVs that may be used for off-roading on very rare occasions but are predominantly road cars at heart.

With the sheer amount of prestige SUVs and Chelsea tractors flying out of showrooms around the world, the chances of them being taken to the sands of Northern Africa are about as slim as Phil the MX-5’s hopes of resurrection. Because of this, many SUVs are predominantly front-wheel drive and can be switched to four-wheel drive through a sub-menu that most footballer’s wives don’t even know exists.

This normally triggers a ‘locked’ four-wheel drive system which mates the movement of the front wheels to the rear wheels, creating an exact split of torque between the two axles. This makes the vehicle more capable at off-road driving but can be dangerous once back on a dry tarmacked surface, where axles are not designed to rotate at the same speed.

In normal cornering, the front wheels have to travel further than the rear wheels as well as the inside wheels having to cover a small radius compared to the outer wheels. So if the axles are locked together, a car can easily push on with understeer in a corner.

​
A compromise between the two is to have an all-wheel drive vehicle that contains a locking differential. This means that you can drive within the safety net of an all-wheel drive system but can lock the power distribution in place for when the going gets really tough. Land Rovers are famous for this off-roading technique and the company has been pioneering the technology for decades.

Another compromise that has grown in popularity in recent years has been a Haldex four-wheel drive system. Haldex Traction is a manufacturer that specialises in ‘intelligent’ drivetrain systems that alternate between only a single or both axles being driven. This puts them under the banner of four-wheel drive (even though they’re often marketed as AWD), due to only stepping in once an increase in traction is needed. These systems have become prominent in a massive array of vehicles, ranging from the docile Ford Kuga to the VW Golf R.

Making its debut in the first generation Audi TT, the hydraulic-mechanical four-wheel drive is electronically controlled to kick in when the rear wheels are needed for maximum traction.

​
Even if you believe that rear-wheel drive is the only orientation that a performance car should use, the benefits and capabilities of an all-wheel drive system cannot be ignored. Some of the fastest accelerating cars on the market use all-wheel drive, like the Porsche 911 Turbo S and Nissan GTR. And while four-wheel drive is mostly consigned to the likes of the Renault Kadjar and other wannabe off-roaders, it is now being used to great effect in many performance cars.

So there you go, AWD and 4WD aren’t the same. But they can be. Sometimes. It’s complicated…