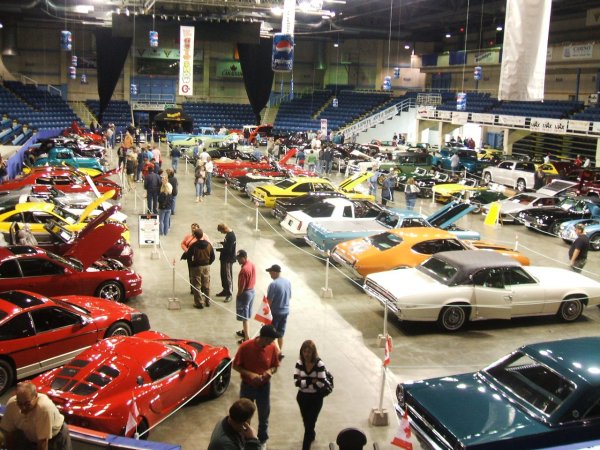 An auto show, also known as a motor show or car show, is a public exhibition of current automobile models, debuts, concept cars, or out-of-production classics. It is attended by automotive industry representatives, dealers, auto journalists and car enthusiasts. Most auto shows occur once or twice a year. They are important to car manufacturers and local dealers as a public relations exercise, as they advertise new products and promote auto brands. The five most prestigious auto shows, sometimes called the "Big Five", are generally considered to be held in Frankfurt, Geneva, Detroit, Paris and Tokyo. Car enthusiast communities along the historic U.S. Route 66 are credited with general popularization of car meets, including ethnic groups such as the Hispanos of New Mexico, Chicanos, and Mexican-Americans of the Southwestern United States; lowrider, high technology, electric vehicle, and other enthusiast show, are popular in Los Angeles, Las Vegas, Albuquerque, San Francisco, and Chicago for this reason.

Some auto shows show besides cars all sorts of other vehicles. The types vehicles can include buses, trucks and all other types of vehicles such as Auto Expo in Delhi brings a variety of vehicles ranging from private to commercial.